What is the Zika Virus? 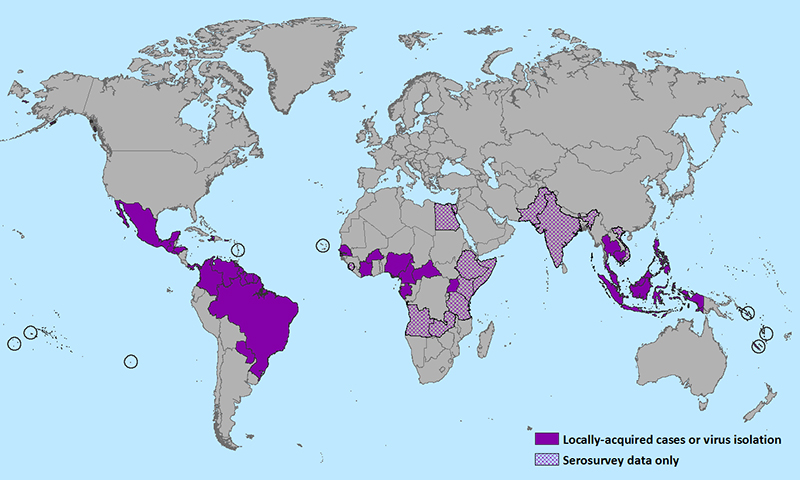 Zika virus was first isolated in Uganda in the year 1947. This was in the Zika forest and hence the name.

What is zika virus?

The Zika Virus is a flavivirus. Others in this group are the yellow, dengue and the West Nile viruses. The host of zika is the Aedes egypti mosquito.

Zika virus was first isolated in Uganda in the year 1947. This was in the Zika forest and hence the name. For many years, zika virus has caused isolated incidences of infection but for some unclear reasons, it has spread fast since 2006-2007. Since 2007, there have been many outbreaks in many Asian and South American countries such as Colombia and Venezuela.

Many zika virus infections occur and resolve on their own. The symptoms are mostly nonspecific and include the so called constitutional signs and symptoms.

The infection is diagnosed on three levels:


A polymerase chain reaction (PCR) is a test that helps to demonstrate the virus presence in the blood.

The symptoms of zika virus infection are similar to those caused by a number of tropical infections. Malaria is such one disease that must be ruled out where zika infection is suspected.

In most cases the infection is mild and self-resolving. Where necessary, the treatment given is supportive and aimed at reducing the severity of the symptoms if they are affecting the patient's quality of life.

The most notable complication associated with zika infection is the correspondingly high numbers of children born with microcephaly in outbreak areas. This is a condition whereby a mother infected during pregnancy gives birth to a child with a small and poorly developed brain.

Research is currently on to confirm whether the problem is truly due to the virus or is caused by the chemicals used to kill mosquitos.

Enter your email to receive updates on new products, brands, and special offers.

All brand names and trademarks are for descriptive purposes only and are properties of their respective owners.